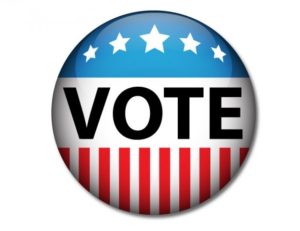 In November 2017, Virginians will elect a Governor, Lieutenant Governor, Attorney General, and all 100 members of the Virginia House of Delegates.  Two of those 100 House of Delegate districts include the Cities of Manassas (HD-50) or Manassas Park (HD-13).  In addition, the Cities of Manassas and Manassas Park will each elect a Treasurer and a Commissioner of the Revenue, local officers whose election is specified in the Virginia Constitution.

Before we get to the General Election, we will be nominating our candidates.  The statewide offices are up for a Primary on June 13th.  Our local and House of Delegates candidates will also likely be nominated in that primary, unless fewer than two qualified candidates properly file for election by the filing deadline.  We will announce those nominating contests as soon as the information is available.

The City of Manassas will also have a special election in November for a school board seat now filled by an interim appointee.  School board elections are nonpartisan in Virginia; political parties may endorse, but not nominate, school board candidates.

Governor: Ralph Northam and Tom Perriello are running for the nomination in the June 13th Democratic Primary.

Interested in running for office?  We recommend that you study the Democratic Party of Virginia’s Party Plan to learn about nominations, the Code of Virginia section pertaining to candidates, and the State Board of Elections page about becoming a candidate.

We will update this page when we have more information about nominating our candidates.  Feel free to contact us at mmpcdc@gmail.com or 571-358-9893 if you have any questions.