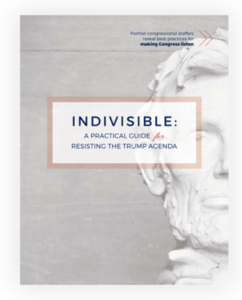 The outcome of the 2016 federal election has been hard for all of us.  We’d like to thank all of you who poured your hearts into the coordinated campaign and turned Virginia blue for the third Presidential election in a row–while electing seven of our eight candidates for local public office!  The work you’ve done will help us continue the fight to elect Democrats who share our values at the local, state, and national levels.

On a positive note, as a result of the election we’ve received an influx of people asking what they can do to help and get involved.  Well, there’s a lot you can do.

The Manassas and Manassas Park Cities Democratic Committee is here all year long, and we continue to organize, advocate, and grow.  We identify, nominate, and support candidates for public office; conduct outreach to diverse Democratic Party constituencies; engage the media and our elected officials; register voters; coordinate campaign activities with our local candidates and the Democratic Party of Virginia, and distribute our Democratic sample ballots to the voters arriving at our polling places on Election Day.

In the aftermath of Donald Trump’s election, many of us seek to actively resist the extreme, hateful, and corrupt Trump agenda and its Republican allies in Congress.   A diversity of established, issue-focused progressive organizations (many of which are listed here) are mobilizing supporters (and attracting many new ones), and we encourage you to work with such groups.  In addition, as we learn of them, we are compiling information on our website about new resources for local grassroots action focused on our members of Congress, such as the following:

We are the 65 million

The Manassas & Manassas Park Cities Democratic Committee is registered as a local Indivisible action group.dedicated to 1) resisting President Donald Trump’s racist, authoritarian, and corrupt agenda; 2) working on local, defensive congressional advocacy; and 3) embracing the progressive values of inclusion, respect, and fairness in all of our actions.  If you’d to help us resist the Trump agenda in Virginia’s 10th Congressional District, please contact us at mmpcdc@gmail.com or 571-358-9893.